Close to the end on 2015, Derek Loosvelt, senior finance editor for Vault.com, declared that ‘small boutique’ banks are definitely on a trend of getting more prestigious.

“Smaller banks are getting these marquee M&A assignments and they’re becoming more desirable places to work as a result” is what he said, according to Forbes.com.

His statement, doubled by the fact that the trend is evident, leaves us with one question:

What are the best banks to work for, after all?

Traditionally, we have always believed that the best investment banks out there are the giants, such as Goldman Sachs, The Blackstone Group, and Morgan Stanley.

And while they seem to hold on to their ‘king’ status as far as employment goes, other, smaller banks are on the rise as coveted workplaces.

And looking at Vault’s top 50 tells you exactly this.

But let’s start by detailing what it takes to be able to apply even for a job with such a bank. Then we’ll continue with interview tips; we ’ll take a look at Vault’s top 50 banks for 2016 and analyze the criteria by which these banks are ranked.

Everything you need so that you can make the correct and informed decision when applying for a banking job at the best banks out there.

What is the required education in this field?

Although one might be tempted to believe there is a certain education roadmap which one can follow, somewhat like a treasure map, in order to make it in this business, there isn’t. There are successful bakers out there that have graduated from Art school or who have studied contemporary literature. They applied for a lower position within a bank, and they made their way from there through the hierarchical labyrinth.

However, the importance of education is not to be undermined in banking. While the above is true, the number of people from a different background that have made it in banking is menial.

Banks do give the best fighting chance to people who have graduated from colleges in the field; that is true. With that in mind, here are the educational steps you need to take to land a job in one of the best banks, in a classical way.

1. Get your high school diploma

It’s critical to understand that, as far as education goes, if your goal is to become a banker, you need to think about it and start working as early as high school. All banks and the best banks to be more particular, always look for the very best people. And the very best people are first and foremost judged by the grades they got in school.

Therefore, while you’re in high school, make sure you take some math, economics, and business classes. In this way, you will start your preparation for college, making it all the easier for you to be top of the class when you get there.

You can also try to learn Excel as best as you can and other pieces of software that have to do with databases and spreadsheets.

Having a high school diploma that encompasses these courses may qualify you to get a job as a personal banker or work in a lowly position in one of the best banks.

2. Get your bachelor’s degree

If you choose a finance program, you will be educated in accounting, business practices that relate to banking, and regulatory compliance. You can also get your bachelor’s degree. You should try and concentrate on business administration or banking and financial management.

Bachelor programs such as these will allow you to study management, marketing, accounting, finance, and strategic planning. If you graduate, you are then eligible for a job in investment and commercial banking within the best banks.

One tip here – if your goal is a job with one of the best banks in the market, you need to make sure you finish college top of your class. The best thing you can do is to attend an Ivy League college because banks usually scout people there, and that’s also the best place to start networking. However, should you attend an Ivy League college or not, try to finish top of your year.

3. Participate in at least one internship

You might think this is not as important as it seems, but it is. Banks tend not to take well to CVs that don’t have an internship listed. It will provide you with real experience in the field, and it will give you a sense of how banks work, their policies, and regulations.

Tip – consider a particular banking specialty. When you’re looking for an internship, it’s best if you know what type of banker you want to be from the beginning and choose the program according to that. For example, if you wish to be an investment banker, then look for an internship with one of the best banks in this respective field.

This is an excellent opportunity some banks offer. It’s a training program that allows applicants to learn strategies, business practices, how to make an investment, and, most importantly, how to work with clients. The best banks will provide you with case studies, modeling sessions, and presentations. This is why you need to make sure you land a spot for one of these programs, as they are bound to get you ahead.

What are the most prestigious banks in the field?

There are a few banks that are, traditionally speaking, both the best and most prestigious banks to work for. You probably already know which ones they are, but if you don’t, we’re talking about the giant trio Blackstone-Goldman-Morgan Stanley.

The Blackstone Group is a multinational corporation that handles investments, alternative asset management, and different financial services. The bank is based in New York City and is considered the largest alternative investment bank in the world. It was founded in 1985 and, since then, it has successfully completed investments in large companies such as Republic Services, United Biscuits, Vivint, Travelport, and Freescale Semiconductor. Blackstone specializes in private equities, credit and hedge funds, mergers and acquisitions, restructuring and reorganizations, and private placements.

The Goldman Sachs Group is a multinational investment bank as well, founded in 1869 and located in Lower Manhattan, New York. They too provide mergers and acquisitions advice, asset management, prime brokerage, private equity deals, and market making. One thing to know about them is that they were hit hard by the crisis of 2008. Because of their involvement in subprime mortgages, they lost so much money they had to be bailed out by the US government.

Morgan Stanley is another of the best banks located in New York and providing investment banking services. It also provides securities products and services. Its clients are governments, corporations, individuals, and financial institutions. The bank operates in three segments: Asset Management, Global Wealth Management Group, and Institutional Securities. It was founded in 1935 by J.P. Morgan Company, which teamed up Henry S. Morgan, J.P. Morgan’s grandson, Harold Stanley, and others.

Before we answer that question, let’s take a look at the ranking itself, as far as 2016 is considered.

However, as pointed above, the main criteria the first three banks made it to the top is their prestige. Everyone knows that, in banking, the name matters.

The biggest banks evidently work on the largest accounts, make the most money, and generate the biggest headlines. But that doesn’t necessarily mean that they are the best workplace in the business.

For example, in 2013, the Vault announced that Blackstone was head of the list. However, seeing as the places are awarded according to other criteria than fame as well, it turned out that the best working place in the baking industry hadn’t even cracked the first 20. It was a small 1000-employees bank called HoulihanLokey. Their employees were the happiest and most satisfied with their job and what they were being offered on a daily basis.

This leads us to want to take a look at the criteria used when ranking the best banks to work for.

Criteria for ranking the best banks

As mentioned, fame isn’t everything. Big accounts and massive turn-outs aren’t everything either when it comes to employee satisfaction. Therefore, here is a list of all the other criteria you should be aware of and take into consideration when applying for a job, according to the Vault themselves.

This whole ranking according to objective and very important for an employee criterion is amazing.

It truly gives a newcomer an idea of what exactly he’s getting himself into.

More importantly, a ‘newbie’ understands that the most famous banks are not necessarily the best ones to work for. As you can clearly see, HoulihanLokey is by far the best bank to work for in 2016. Make sure you take all these into consideration, because the concept of ‘best banks in the world’ is clearly a tricky one, depending on your point of view.

Tips for succeeding at the interview

Now that you have completed your education and applied to a few banks that got your attention, you might get called in for an interview. Here are a few tips on how to bank it.

The reason behind this is they want to know if you can handle being sociable with their clients. These are usually wealthy people with similar interests, which need to be serviced by a person who can manage such a level of social interaction.

As you can see, getting a job in a banking institution is not an easy thing to do. Your education needs to start as early as high school, interviews are difficult, and choosing a bank is harder than it seems. You will always be faced with the choice between a good bank to work for and a prestigious bank. How you make that choice is, ultimately, a personal thing and entirely up to you. However, you do have our guide about the best banks out there, which you can always turn to. 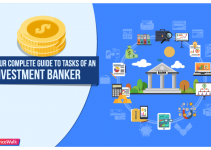 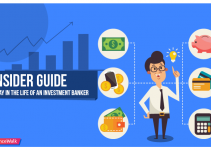 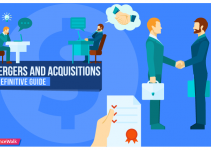