Influential analysts are those who had proved their worth in the industry.

In this article, we’ll be meeting some of them. In the end, we’ll try to figure out what’s familiar with this people. In this way, we will understand how an analyst can be as influential as these people.

Deborah Weinswig is a renowned retail analyst whose experience includes 12 years of work at the Citi Research, including the Head of the Global Consumer Discretionary Sector. She also held senior positions at Bear Stearns and Morgan Stanley.

She is highly regarded by her peers. In fact, she is consistently being hailed as one of the best analysts in her field, by various publications such as Business Insider, StarMine, and Institutional Investor.

Her advocacy for creativity and innovation has led her to create strategies or products that help companies create retail technology systems and systems.

Take a look at her new publication: Global Retail Trends for 2016. This e-book will give you a lot of insights. It just solidified more her status in the Retail Industry.

Talking about being a rebel in the Street, that would be Mike Mayo. Mayo has been consistently known as someone who takes the left turn when everyone else takes the right maneuver.

In 1999, he recommended selling all bank stocks; even it meant hate from his bosses at Bear Stearns. Well, in the end, he proved himself right. Another move that strengthened his name came in 2007 when he was the first to downgrade Bear Stearns and Citi. Just like the first scenario, he was right in the end.

He was also known for calling JP Morgan Chase the Lebron James of banking. He said LeBron is good on both offense and defense. Relating it to JP Morgan Chase, he said that JP may be bad lately in its earnings (offense). Still it’s a good pick because of its defense against risks.

Regularly ranked as one of the top analysts by Nikkei, Mr. Hajime Kitano is a well-respected equity strategist in Japan. He worked for Mitsubishi UFJ Securities from 1997 to 2005. Later on, he worked as a chief strategist at JP Morgan Securities Japan Co., Ltd, and as an analyst for U.K. Bank in Tokyo.

In 2013, he was recognized as the No. 1 Equity Strategist in Japan by Institutional Investor Magazine.

If Hajime Kitano is the go-to guy in Japan, Graham Secker is, on the other hand, the top guy with regards to the European Markets. He has been the guy being followed by non-Europeans who are not so fond of following European stocks.

His insights are more valued than ever because of the on-going Euro Crisis. His recommendations of European stock picks are valuable for investors who want to cash in from the on-going crisis.

He also served and an equity analyst for UBS Bank for three years. He has a degree in BA Finance from the Bournemouth University.

One of the leaders regarding spotting trends is Michael Harnett. For example, he is proposing that Zero Interest rates and Quantitative Easing making their way out of the US Market, and the new trend is for massive infrastructure spending. Nonetheless, he thinks that Wall Street will get fewer benefits than the Main Street.

He once suggested that stocks have entered a “twilight zone,” marked by price volatilities coupled with moderate returns.

Speaking of trends, this is Harnett’s list of trends for 2016.

Michael Harnett is a chief investment strategist at Bank of America Merill Lynch.

Jamie Searle, an executive at Citigroup, is one of the more prominent analysts when discussing the current Europe woes, especially the “Brexit”. He said that even if UK exits, its economy will still rebind because its front-end is too rich.

He also once made a warning that European banks will be unable to buy new government securities unless it sells old ones.

Barry Knapp, the managing director of money manager BlackRock, Inc., is one of the more famous stock analysts due to his frequent appearances in television shows or quotations in publications.

He used his background in Economics in forecasting trends that will significantly affect prices of different investment assets. No doubt he was given the responsibility to handle the overall operations of the $4.3 Trillion assets of BlackRock, Inc.

Tobias Levkovich is another authority when it comes to spotting market trends. Just recently, he listed what he thinks will be the six surprises for investors for 2016. The list includes expectations of a lower dollar and a rebound of commodities.

His prediction lowering the performance of Standard and Poor’s 500 Index has made waves in the news. The spread is indeed an indication of the reach of his following. He lowered his prediction by 2.3%, attributing it to slumping of crude prices.

On a separate interview, he said that there would be a 96% chance of upmarket next year.

Brian Tunick, a managing director at RBC Capital Markets in New York, is another sought-after professional by both televised and printed media. He is highly regarded in his field, and, in fact, was named Institutional Investors Top Retail Analyst for six years in a row.

During his 12 years at JP Morgan, he and his team ranked first in their coverage area for nine times in a ranking made by Institutional Investor. He also had been twice part of the team that had been recognized by The Wall Street Journal for earnings accuracy.

This is such an incredible number of accolades for this analyst.

When it comes to airline stocks, one household name is Glenn Engel. One key point of his career is when he managed to push Alaska Airline Group’s stocks by 20+% in just a year. What’s more amazing is that he had done it in 2011- the year when US Airlines faltered.

In the past, he had been a financial analyst for Kidder Peabody, Managing Director at Goldman Sachs and Maverick Capital and Deputy Director of Research at Merill Lynch.

What can we learn from these analysts?

These analysts, though known differently, have similar traits and characteristics that separate them from the rest. Perhaps, by studying these features, we’ll get to learn more about them and what makes them successful.

What are their common denominators?

Some of their recommendations or analyses are unpopular among their colleagues.

Take for example the recommendation of Mike Mayo to sell all bank stocks in 1999. It earned the ire of the bosses at Bear Stearns. But, despite that, he still held firm with his statement. Ultimately, he was right all the way.

Tobias Levkovich, on the other hand, had made an optimistic outlook on June 2012 jobs report despite the fact that his peers are on the pessimistic side. He pointed to his researches to support his claim.

What made them stand firm is their resilience from criticisms. They are professionals. They research first before making statements. They ensure that their recommendations are plausible. Though not everyone will stand with them, they still hold firm and believe with their findings.

If you are just thinking just like everyone else, why would investors listen to you?

The purpose of the investors of why they turn to stock analysts (especially the great ones) for help, Definitely, this is that they want a new perspective about the different financial assets they want to invest on.

In 2012, analysts were buzzing about the apparent correlation anomaly between the low bond yields and high stock prices. Hajime Kitano had another idea. He proclaimed that it is not the yields and prices that are connected, but rather, yields and PE ratios of stocks.

These analysts did not come up with conclusions just by data mining and running formulas. They needed creativity to solve financial conundrums.

Do you think Deborah Weinswig will be a first-class retail analyst had she stick with numbers alone? She will not be able to come up with the  Global Retail Trends for 2016 had she followed the norms. Nor will she believe the Hour Glass Theory she’s currently supporting on.

Brian Tunick is a great example. He was recognized by Institutional Investor nine times already. And to add up, that’s just part of his accolades as This is a testament to his very consistent performance as a stock analyst.

There are a lot of good stock analysts out there. But the superstar ones are rare. They are those who persevered and really took pride in their skills and talents.

They all have something in common: resilience, out-of-box thinking, creativity, and consistency. It could prove hard to rise above the rest without these four traits.

How about you, do you have a favorite stock analyst? (Even those not mentioned here). What do you think you can learn from him/her?

Let us know by commenting below. 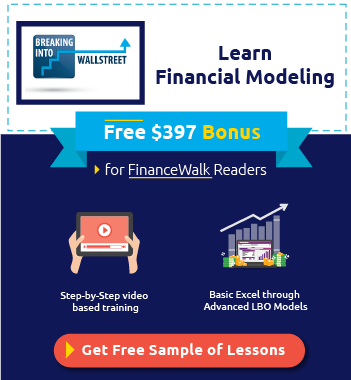 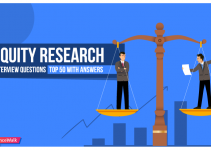 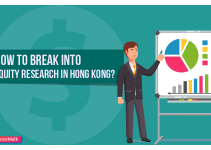